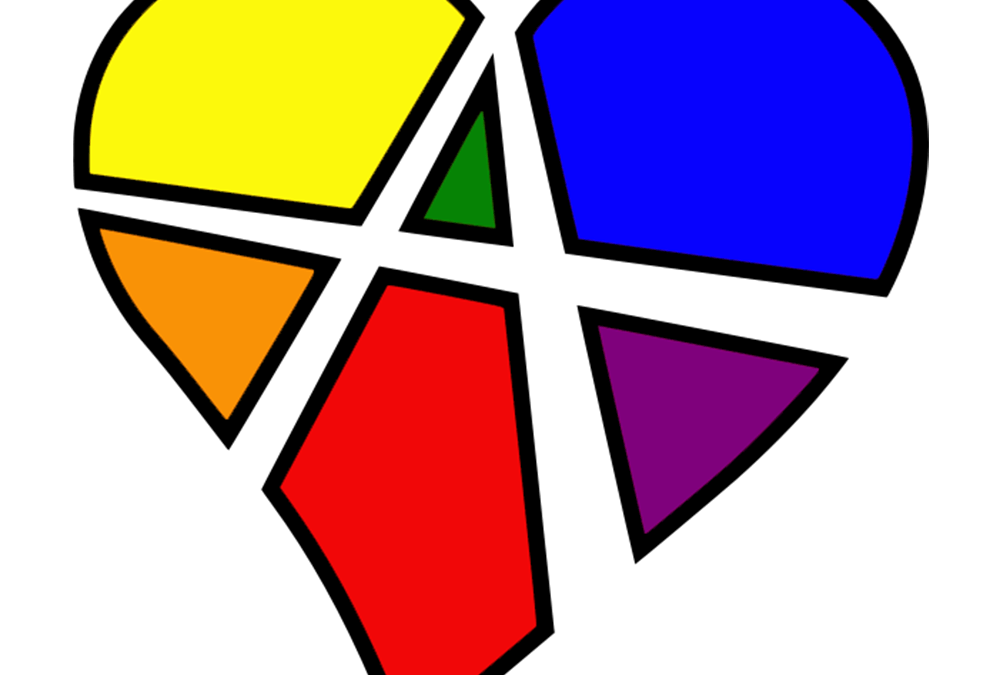 An effective way to spread Voluntaryism while rewiring your brain for increased awareness, control of your own emotions, understanding of responsibility, and personal power.

Have you ever wished you could demonstrate your Libertarian, Anarchist, or Agorist (hereinafter, for efficiency, I’ll use “Voluntaryist”) principles more in everyday life; be able to act in a way that actually influences people around you to better understand how valuable individual liberty is 78.6% of the times you speak? What if this “way of speaking” (hint, it is more than that) is a cure to the disease known as “politically correct speech”?

Is it not ironic that people striving for a system that is based on non-coercion (libertarians) would use language full of coercion?

Notice how often you hear attempts to motivate people via guilt, shame, demands, punishment, or reward. I mean- not you- them! See how this can be ironic for people to use those tactics when they espouse liberty or peace as their favorite principle?

My belief is that if we want real change, we need to focus on the foundations of interaction and one of those is language.

Our language is full of evaluations that are not useful and that can make it easier to promote authoritarianism and to dominate individuals. I propose a shift to value statements. “Nonviolent Communication, A Language of Life” (NVC) by Marshall Rosenberg, PhD and “Practical Empathy” (PE) by Scott Swain are tools that make this process easy and clear.

Read Scott’s book, Practical Empathy, for free. If you don’t like reading it on that site, message me and I’ll send you a PDF or even e-reader file of it.

So if we want to truly deeply understand the perspective of another person, we leave our evaluation of that person out of the equation. So yeah, if the purpose of a particular conversation is to find objective truth, then you may not use a fully PE-type style in that moment. PE’s purposes include:

If you want to see a bit more of how PE helps you shift anger to peace, with the eventual goal to be that it becomes automatic, here’s an article on that.

The objectivist may find stage one of the “PE formula” interesting:

PE is a methodological approach that shines a light of truth on ways of communicating that support coercion and dodging of responsibility, and that tend to stimulate a defensive or aggressive response. PE provides this structure:

Stage 1 – Observation: Separate the objective “what happened (what we saw/heard/etc)” from our subjective evaluation. This also serves to get clear on what each person perceived so there can be a foundation of agreement on what is true. Do you often wish people were better at separating their feelings from what actually happened? And this step makes it easier to identify the feeling, which comes next.

Stage 2 – Feelings: Identify the feelings of ourselves and others. Identifying the feeling makes it easier to guess the need/value.

Note: The practice of distinguishing between observation and feelings can help a person see the difference between what happened and what they feel about it, what they wish happened, and what they believe.

Stage 4 – Positive Do-able Request: If applicable, make a positive do-able request. This part of PE is very clearly in favor of our interactions being voluntary in nature. We make sure to be clear on the distinction between request and demand because we want people to do a thing only when it is something they want to do.

This is a way of listening that goes deeper than the feelings and straight to the underlying wants/motives/values.

Now, if you are a Voluntaryist like I am, warning signs might come up when you hear about “needs”. This is why I call them “needs,” “wants,” “motives,” or “values,” depending on context. No need to worry. PE draws a clear line between recognizing a person’s needs and any obligation to fulfill those needs. PE teaches the only obligation we have is obligation we choose. My personal take on PE needs is that they are more like “wants” than actual live or die “needs”. More here on needs/values.

PE is a language of empowerment. A person who understands PE will be less likely to treat another person unfairly or allow themselves to be treated so. It is a language of choice and responsibility. PE teaches us that we always have choices and we hold ourselves responsible for our choices and our feelings. So it discourages anything akin to slavery. I think of it as a way to rewire my brain to be a more powerful and responsible person. 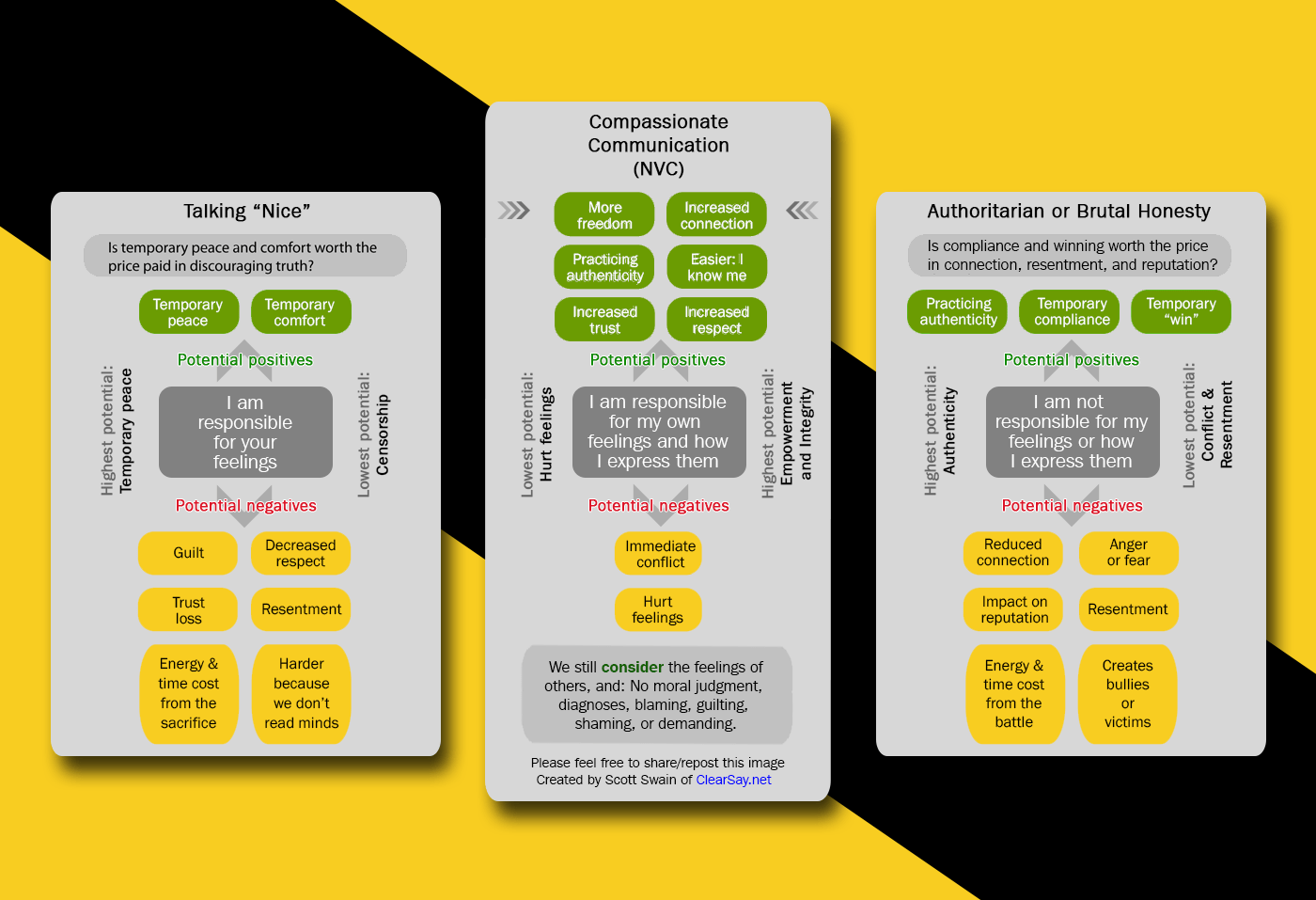 Another principle PE shares with Voluntaryists is:

We want people to do things for intrinsic (their own) reasons rather than to appease or protect the feelings of others.

If you really want to spread Voluntaryism, I have a suggestion that will improve all your relationships as well as make it easier to show people how and why freedom is the choice that serves them best.

And if you want to help people understand why Voluntaryism leads to prosperity for all, it is much easier for people to see first how PE works because it is “closer to home”; it is much easier to understand the principles of freedom when applied on a personal level. Then, from there it is natural for them to expand: “I see how it is impractical for me to be responsible for other peoples’ feelings or have expectations of other people other than that they do not attack me…” a next logical step is to understand how those exact same principles can be applied on a larger scale for positive effect.

This tool empowers us to plant seeds and address the roots of domination culture because authoritarianism cannot survive when individuals are armed with the wisdom brought by practice of Practical Empathy.

When you are talking with authoritarians about Mises, Bastiat, Hayek, Rothbard, Larken Rose, Scott Swain, or Ron Paul, showing respect (not agreement) for their ideas is the only way you are going to get respect for your ideas. PE is a tool that fits this purpose well. Notice how the Ron Paul supporter in this skit uses PE to empathize with the woman being critical, rather than beating her over the head with information?

This site has tons of PE resources. Please feel free to look around. I recommend the many animations I’ve made that show characters resolving conflicts using PE. Notice the freedom-respecting language used by the characters. Notice how, when using PE, they are comfortable asking for what they want and standing their ground when faced with attempts at guilt- or blame-induction? In conflict, if the traditional paths are attack and defend, PE offers a third path and it leads to liberation.

Did they hesitate to abolish slavery for fear that slavery might start up again or that slavers might lose their livelihood?

Freedom advocate: “It’s counter-productive and even destructive to force people to work and then steal the bounty of their labor, so let’s work toward an end to slavery!”

Defender of slavery: “But if we get it outlawed, what’s to stop those damn slavers from bribing future politicians and just starting it back up again?”

Freedom advocate: “Really? You won’t support ending this obviously unfair practice because you are afraid it might start back up again later?”

Defender of slavery: “If you are going to be rude I won’t talk to you.”

NOW WITH PE: “Fair enough. Are you worried that your effort would be wasted because the corruption runs so deep?”

Defender of slavery: “Exactly! And also: I am just one person against all those who support slavery and make money from it.”

MORE PE: “When you think about the number and power of those who benefit from slavery, do you feel hopeless and discouraged about how much affect you can have?”

Defender of slavery: “Yeah! And speaking of that, what about all the people in the slave trade whose families will starve because they lose their jobs?”

MORE PE: “Do you worry about the innocent people who might be affected if we were to suddenly end slavery?”

Defender of slavery: “Yeah. Uhm. But-“

Defender of slavery: “I do see the irony. Hesitating to end a thing that takes advantage of innocent people for fear that those living off of their blood and sweat might suffer.”

E-Prime, developed in 1965 by Dr. David Bourland, Jr., also excludes all forms of the verb “to be”. Some scholars advocate using E-Prime as a device to clarify thinking and strengthen writing. For example, the sentence “the movie was good” could translate into E-Prime as “I liked the movie” or as “the movie made me laugh”. The E-Prime versions communicate the speaker’s experience  rather than judgement, making it harder for the writer or reader to confuse opinion with fact. Another benefit is the speaker must take responsibility for their assumptions and assertions.