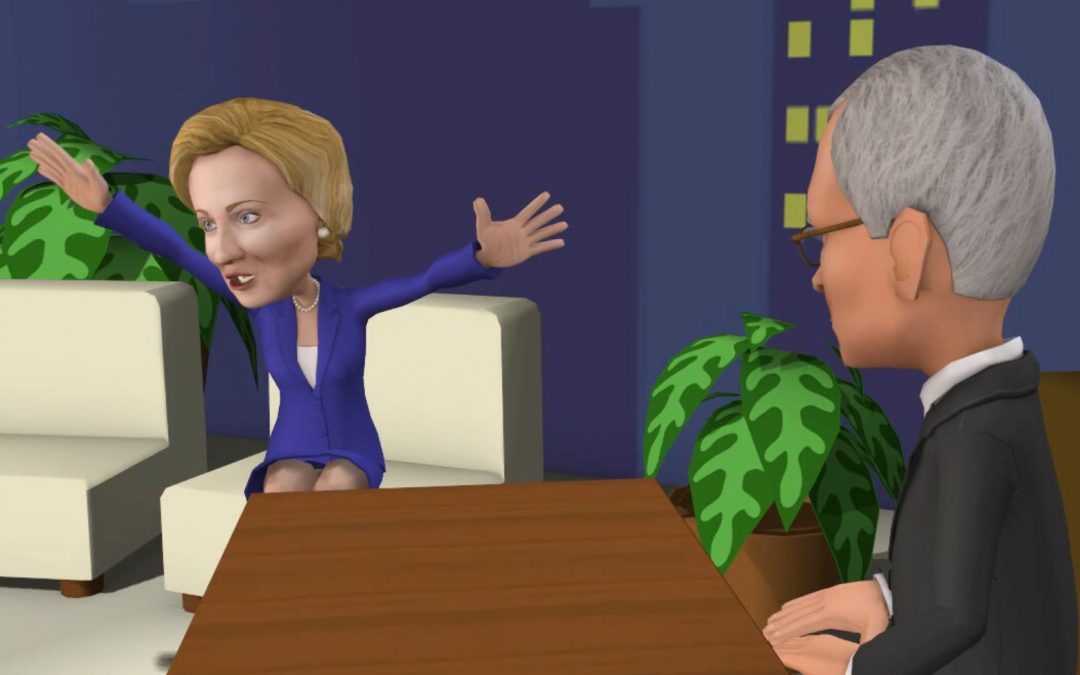 A satirical animated trip into an alternate future where Hillary Clinton won against Donald Trump for the Presidency and makes an appearance on the David Letterman Show. David asks hard questions and Hillary has answers. Included is her plan to equalize all Americans by making war on diversity. By Scott Swain

Find Scott on these platforms